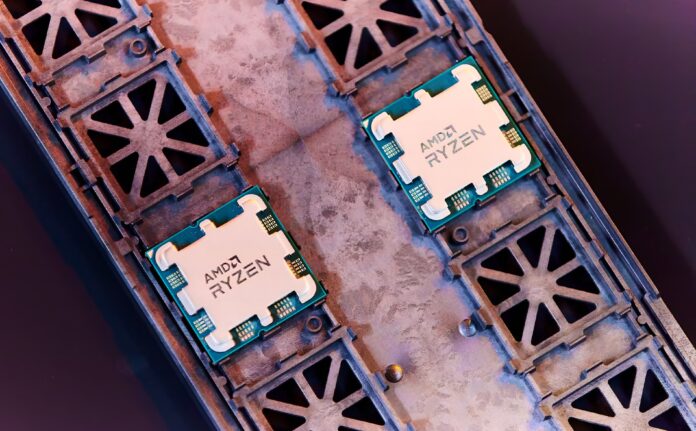 Why it matters: It’s still early days in terms of DDR5 adoption in the consumer desktop space, but AMD says exciting things are in the pipeline for people looking to jump on the latest memory technology train. The company is likely referring to a robust system for DDR5 memory overclocking, but we’ll have to wait and see.

AMD is planning to launch its Zen 4 CPUs sometime in the second half of this year, and the hype-building process began with a few hints thrown at CES 2022. At the time, the company revealed it would use a new socket with an LGA layout and the same SecuFirm2 cooler mounting system as the AM4 socket. It also hinted at a significant generational leap in performance and a different heatspreader design, but that’s pretty much all the official info we got with the roadmap announcement.

With the move to AM5, AMD will also embrace DDR5 memory, which is still in the early days of its existence on the consumer desktop market and with plenty of untapped potential. The company is a late arrival to this game, with Intel having already shipped Alder Lake on desktop and mobile platforms with support for the new memory technology before AMD shipped its Rembrandt laptop CPUs, but things could get more exciting pretty soon.

During a Meet the Experts webinar, AMD Memory Enabling Manager Joseph Tao spilled some beans on the company’s upcoming “Raphael” platform. Tao noted something we’ve already known for a while— that the first generation of DDR5 memory isn’t a significant upgrade to existing high-end DDR4 memory, and it’s especially not a good deal considering the current prices of DDR5 kits.

Our own Steven Walton looked at memory scaling with Intel’s 12th-gen Alder Lake CPUs and found that while DDR5 can yield some improvements with certain games that aren’t sensitive to the higher latency, you’re more likely to be GPU limited in most gaming scenarios.

Tao explained that “our first DDR5 platform for gaming is our Raphael platform, and one of the awesome things about Raphael is that we are really gonna try to make a big splash with overclocking and I’ll just kinda leave it there — but speeds that you maybe thought couldn’t be possible may be possible with this overclocking spec.”

After implementing support for Smart Access Memory, it looks like AMD’s next area of focus is on squeezing the most out of DDR5 tech. That may have something to do with a little something called Ryzen Accelerated Memory Profile (RAMP), which is believed to be the replacement for A-XMP and similar to Intel’s XMP 3.0 for DDR5 memory.