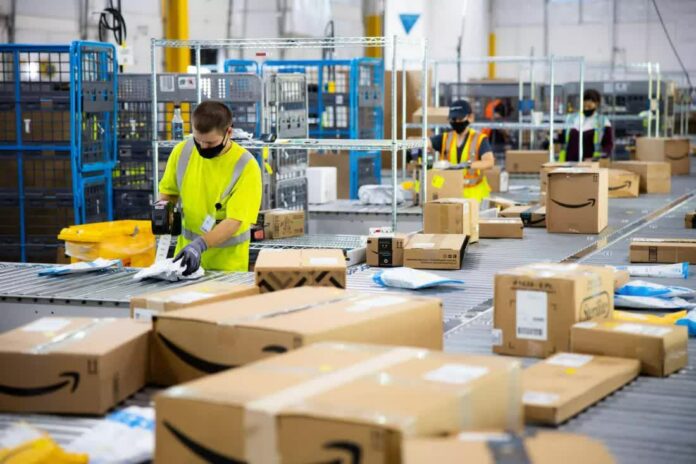 What just happened? Amazon has decided to make the temporary lifting of its phone ban on warehouse floors permanent. The company has told employees that warehouse staff will be allowed to keep their cell phones on them while they work, acceding to one of the demands made by workers in Staten Island who unionized earlier this month.

Amazon had temporarily lifted the ban on cell phones in its warehouses during the pandemic so workers could keep in touch with their families, but it had intended to bring back the restriction in January 2022.

Amazon faced a lot of pushback over its plans to ban cell phones once again after a tornado hit one of its Illinois warehouses in December, killing six contractors and leading to calls for the temporary suspension of the policy to become permanent. Hundreds of Amazon employees at warehouses organized a petition demanding they be allowed to keep their devices on them during work hours. “Taking our phones away isn’t about safety; it’s about controlling us,” it read.

The warehouse collapse saw Amazon suspend the reinstating of the phone ban until further notice. Now, the company has made the suspension permanent across its worldwide facilities.

“We recognize the desire for employees to keep their mobile phones inside facilities and the last two years have demonstrated that we can safely do so,” Amazon said in an email to employees that was seen by Bloomberg. “Therefore, we are making the temporary phone policy permanent, worldwide, in all of our operations facilities.”

Motherboard notes that Amazon warehouse workers in Staten Island who unionized in early April made permanent cell access one of the demands of their campaign. Responding to the news that the suspension would be made permanent, a worker who organized the petition drive said, “This is nice but it doesn’t cost them anything and what we really need is a raise. Gas is up. Rent is up. It’s getting harder and harder to stretch the money as anyone out there knows. We want a $2 raise to the wage cap and a $3 overall raise.”

On Tuesday, the US Occupational Safety and Health Administration issued a hazard alert letter to Amazon over the warehouse collapse. The agency said its inspection found items that raised “concerns about the potential risk to employees during severe weather emergencies,” but it did not issue any violations or citations.