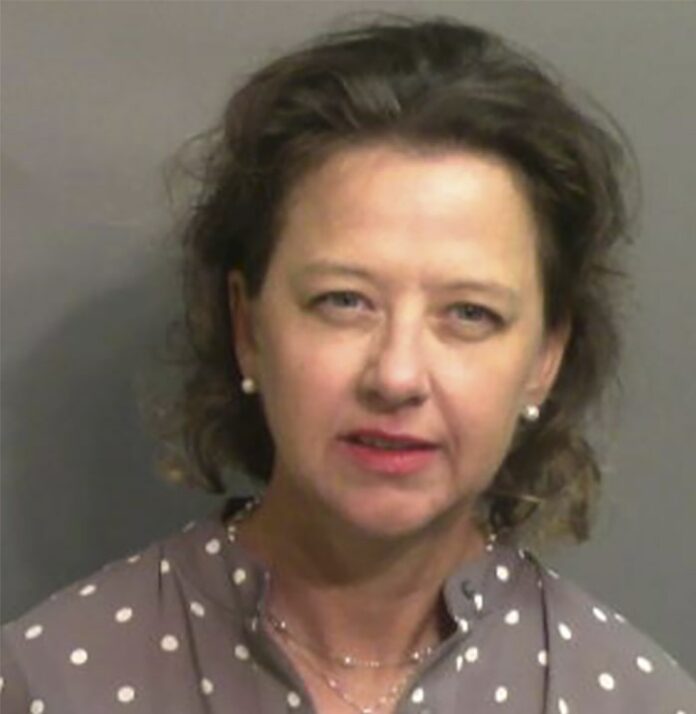 SAVANNAH, Ga. – One of the men convicted of murder in the street chase and fatal shooting of Ahmaud Arbery spoke with his former boss, the local district attorney, several times by phone in the days and weeks following the 2020 killing, according to a court document filed Thursday.

Investigators found that the day after the shooting, then-Brunswick Judicial Circuit District Attorney Jackie Johnson placed a phone call to Greg McMichael, a retired investigator for her office who initiated the pursuit that ended in Arbery’s death. The call lasted more than nine minutes, prosecutors in a misconduct case against Johnson said in the legal filing.

The document listed 16 calls between phone numbers for Johnson and McMichael starting Feb. 23, 2020, when McMichael left Johnson a voicemail about an hour after the shooting, and ending May 5, 2020, the day graphic cellphone video of Arbery’s killing leaked online. The video sparked a national outcry over the young Black man’s death at the hands of three white pursuers.

More than half the calls lasted just a few seconds to a minute, suggesting some went unanswered and others involved voicemails. Seven calls lasted between just shy of three minutes to 21 minutes, according to the court record.

A grand jury indicted Johnson last year on a felony charge of violating her oath of office as well as a misdemeanor count of hindering a police investigation. Georgia Attorney General Chris Carr’s office is prosecuting the case, which alleges Johnson used her position to protect McMichael and his son.

“The evidence shows that Johnson showed favor and affection for McMichael throughout the pendency of the case — including when she was making decisions as the DA over his case,” the prosecutors’ legal filing said.

Johnson has insisted she recused herself immediately from the investigation and turned the case over to outside prosecutors. Her attorneys have asked a judge to dismiss the charges, saying “there is not a scintilla of evidence” that she interfered with the police investigation.

Johnson’s attorney, John Ossick, did not immediately respond Thursday to phone and email messages seeking comment on the calls between Johnson and McMichael. The legal filing by prosecutors gave no details of any of the phone conversations.

McMichael and his son, Travis McMichael, armed themselves with guns and used a pickup truck to chase 25-year-old Arbery after spotting him running in their neighborhood just outside the port city of Brunswick. A neighbor, William “Roddie” Bryan, joined the pursuit in his own truck and recorded the cellphone video of Travis McMichael blasting Arbery at close range with a shotgun.

The men told police that Travis McMichael opened fire in self-defense as Arbery threw punches and tried to grab the shotgun. The McMichaels told police they suspected Arbery of being a thief. Arbery was unarmed when he was killed, and police found no evidence he had stolen anything.

All three men were convicted of murder by a state court jury last November and were sentenced to life in prison. They stood trial again in federal court, with a jury convicting them in February of committing hate crimes. Sentencing in that case is scheduled for August.

Johnson lost her reelection race for district attorney in November 2020 and blamed public outrage over the delay in arrests over Arbery’s death, though she denied wrongdoing.

Hours after the shooting, Johnson enlisted District Attorney George Barnhill of the neighboring Waycross Judicial Circuit to meet with local police the next day and advise them on the case. Prosecutors in the misconduct case said Barnhill decided after one meeting not to seek charges.

“Johnson failed to disclose, however, that Barnhill had already reviewed the case and declared the case to be self-defense,” the legal filing said. “Thus, Johnson effectively chose the outcome of the case despite having a conflict.”

Barnhill ended up recusing himself. On April 3, 2020, when Johnson learned that Barnhill was stepping aside, there was a call from her phone to Greg McMichael, the court filing said.

The final listed call between them was made on May 5, 2020, when the video of the killing got posted online. The murder trial revealed the video was leaked to a local radio station by an attorney Greg McMichael had consulted.

The call consisted of Greg McMichael leaving a voicemail thanking Johnson for a referral, the legal filing said. He told her: “He’s gonna run interference for me right now, and that’s damn good advice, and I appreciate that very much.”