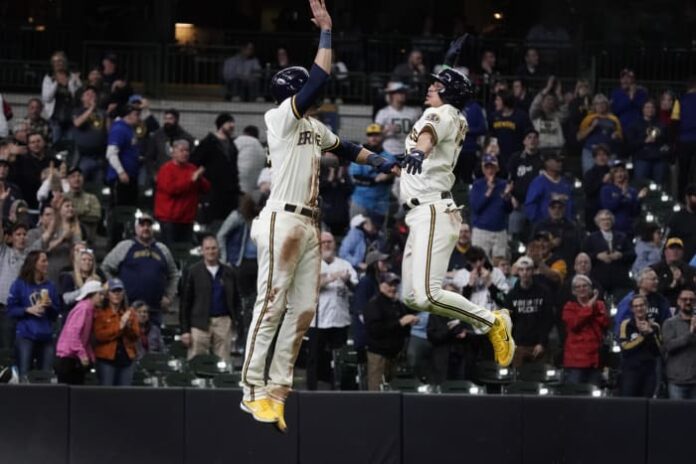 Cincinnati closed out a winless six-game trip with its ninth consecutive loss. The major league-worst Reds have dropped 20 of 21 overall.

Tyler Stephenson homered and drove in two runs, but Cincinnati was unable to overcome another shaky performance by hard-throwing rookie Hunter Greene (1-4).

Urías and Yelich connected against Greene in the first, and Rowdy Tellez’s RBI double tied it at 3. Adames capped Milwaukee’s three-run second with a two-run drive to left-center.

Taylor and Hiura went deep in the third before Greene was replaced by Luis Cessa.

The 22-year-old Greene was tagged for eight runs and nine hits in 2 2/3 innings in his fourth consecutive loss. He struck out seven and walked one.