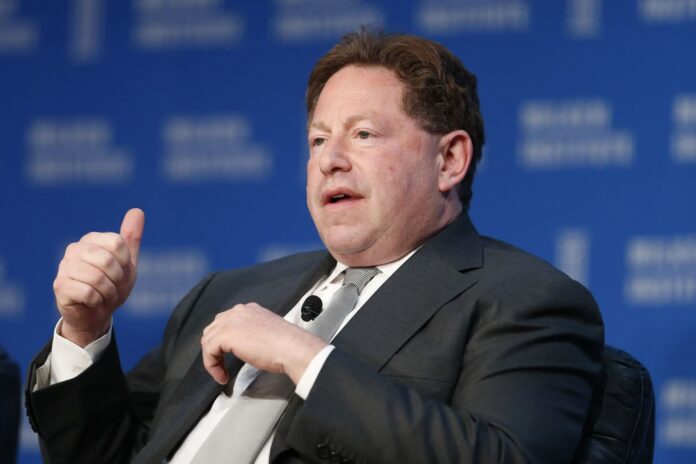 A hot potato: Since last summer, Activision Blizzard has been embroiled in constant controversy over labor and workplace harassment issues. It looks like insider trading might join the list of accusations shadowing the company, pending a federal investigation.

Last week, Activision Blizzard said it would cooperate with insider trading investigations from the Securities and Exchange Commission (SEC) and federal prosecutors. Both groups are scrutinizing bets that three investors made on Activision shares days before Microsoft announced a deal to acquire the company for almost $70 billion. One of them had met with Activision CEO Bobby Kotick the previous week.

In March, the Wall Street Journal reported that investors Barry Diller, Alexander von Furstenberg, and David Geffen bought options for Activision shares at $40 a share on January 14. Microsoft announced the acquisition on January 18, and Activision stock ended that day at $82.31, making the investors $60 million. JPMorgan Chase privately handled the trades, then reported them to law enforcement upon Microsoft’s announcement.

Diller, a long-time friend of Kotick, denies insider trading accusations, saying it was just a lucky bet. Diller said that von Furstenberg, his stepfather, had already been buying Activision stock because he thought it was undervalued and that either someone might acquire the company or it could go private.

Activision’s stock price started suffering when several groups, including the SEC, launched sexual harassment lawsuits and investigations last summer. Last month, Activision settled one of these lawsuits for $18 million, but others are ongoing. Microsoft began acquisition talks right after a particularly concerning report about Kotick’s knowledge of the harassment.