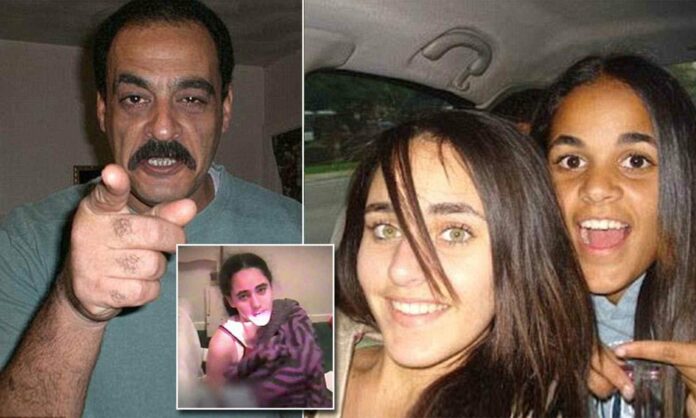 There are cries and moans heard on the 4-minute and 39-second call, then silence.

It’s been 14 years since Richard Bracey arrived on the scene of an Irving hotel to find the bodies of Amina and Sarah Said.

Even still, he was clearly emotional about it as he testified Wednesday at the capital murder trial of their father, Yaser Said.

Bracey choked up as he described finding the bullet-riddled bodies.

“I told the dispatcher that I have two deceased people at the scene,” he said, becoming emotional. “And that I need more units to help cordon of the perimeter.”

His response was in stark contrast to Yaser Said’s reaction upon hearing the desperate 911 call made by his 17-year-old daughter, Sarah, as she lay dying.

He showed little to no emotion other than to put his finger to his ear as if he was trying to listen to the call.

There are cries and moans heard on the 4-minute and 39-second call, then silence.

Said is on trial for capital murder in the deaths of his two daughters. If convicted, he faces live in prison without parole.

Sarah, 17, and Amina Said, 18, were discovered killed on Jan. 1, 2008, at an Irving hotel. Prosecutors allege that their Egyptian-born father killed them because he was angry that that they were dating American boys.

Jurors also saw photos of the crime scene during the second day of testimony.

On Amina’s shoulder, there was a spent shell casing. She was still wearing the fur-lined coat when she left in to go eat with her father.

A shell casing was on the floorboard. Jurors saw the bullet-riddled seats.

Testimony showed that when police arrived at the scene of the Irving hotel, the cab was turned off. There were no keys in the car. The doors were all unlocked except for the one beside Sarah. The driver’s side window was slightly cracked.

There were cigarette ashes on the driver’s side door window. Passports belonging to the girls’ mother Patricia and Sarah were found inside.

Jurors also saw a photo of one of Sarah’s gunshot wounds.

“You can see powder and where the wound has what it looks like burn marks around it,” said Steven Hazard, a retired Irving police crime scene investigator. “The weapon was very, very close to the victim.”

Lewisville Police Officer Rocky Causey responded to the Said’s Lewisville home after the bodies were found.

Patricia, and her brother, Islam, were there at the home. He said they told him that the girls had left with their father to go eat at Denny’s.

Causey said they told him that Yaser carried a semi-automatic handgun.

Nathan Watson, a former employee of the hotel, testified that it was a busy New Year’s Day night.

A cab driver had noticed another cab just sitting in the driveway and not moving. The cab driver got out to check it out and saw that there appeared to be people badly hurt inside the car.

He said he decided he didn’t want to touch the car because he believed it to be a crime scene.

During the call, he told the operator that the girl in the passenger seat had “blood coming from her ear.”

“We don’t see the driver anywhere,” he told the operator.

He testified that he did not hear gunshots nor was he aware of anyone that had heard them. He also testified that there was not a surveillance camera in the cab stand area.

Said’s defense attorneys have pointed out that no surveillance cameras caught an image of Said near the scene or at the scene.