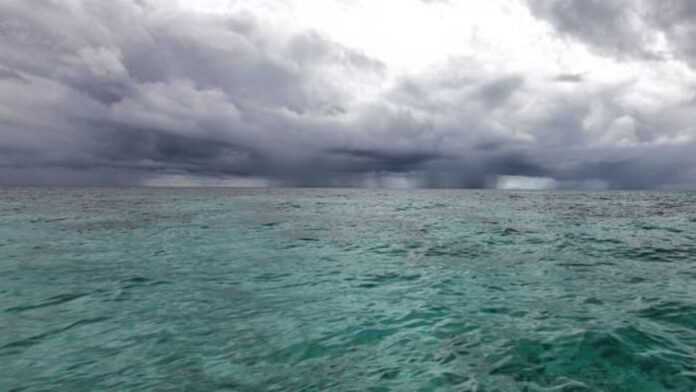 SAN JUAN – At least 38 people have been rescued and 11 bodies found as the U.S. Coast Guard scoured the open waters northwest of Puerto Rico on Friday via boat, plane and helicopter in a bid to find more survivors after a boat carrying suspected migrants capsized.

The group was first spotted Thursday morning by a U.S. Customs and Border Protection helicopter, with authorities warning it likely would have been too late to rescue anyone otherwise. Rescue efforts were concentrated in an area more than 11 miles (18 kilometers) north of the uninhabited island of Desecheo, which lies west of Puerto Rico.

“We always look for the possibility of finding survivors,” said Coast Guard spokesman Ricardo Castrodad, adding that crews worked through the night.

It was not immediately clear how many people were in the boat. Of the 38 survivors, 36 were Haitian and two were from the Dominican Republic, he said. At least eight Haitian nationals have been hospitalized, although the nationalities of all those aboard was not immediately known.

“Our hope and prayers are with the survivors and those still missing,” said Coast Guard Rear Admiral Brendan McPherson. “Our highest priority is saving lives, and that is what my crews will exhaust themselves doing.”

Authorities in recent months have noted a sharp increase in migrants, especially from Haiti and the Dominican Republic, making what they describe as dangerous voyages aboard rickety ships that often capsize or drop people off in uninhabited islands. It is one of the cheapest ways for migrants to flee poverty and violence, especially in Haiti, where a spike in inflation, kidnappings and brutal gang violence have prompted people to take the risk and board a boat in search of a better life elsewhere.

From October 2021 to March, 571 Haitians and 252 people from the Dominican Republic were detained in waters around Puerto Rico and the U.S. Virgin Islands, according to U.S. Customs and Border Protection. The majority of those Haitians, 348 of them, landed in Puerto Rico’s uninhabited Mona Island and were rescued.

Meanwhile, the U.S. Coast Guard said that in the fiscal year that ended Sept. 30, it apprehended 1,527 Haitians, 838 Cubans and 742 people from the Dominican Republic in the region, which includes Florida and the Caribbean.

In January, the Coast Guard searched for at least 38 people missing off Florida’s coast after a suspected human smuggling boat that had left the Bahamas capsized in a storm. A sole survivor was reported.

More recent incidents include 68 migrants rescued Saturday in the Mona Passage, a treacherous area between Puerto Rico and the Dominican Republic. One woman believed to be from Haiti died. Meanwhile, on May 7, Customs and Border Protection detained 60 Haitian migrants that the agency said were smuggled through southwest Puerto Rico. On May 4, another 59 Haitian migrants were detained in northwest Puerto Rico. In late March, officials said they detained more than 120 migrants in three separate maritime smuggling incidents.

The increase in Haitians fleeing their country comes as gangs grow more powerful and fight for control over more territorial amid a political vacuum following the July 7 assassination of President Jovenel Moïse. The administration of Prime Minister Ariel Henry has pledged to crack down on gangs with help from the international community given that Haiti’s National Police is understaffed and has few resources.

The country also has been hit with double-digit inflation, severe gas shortages and gang violence that has shuttered hundreds of schools and businesses and prompted some hospitals and clinics to temporarily close. In addition, the administration of U.S. President Joe Biden has deported more than 20,000 Haitians in recent months amid heavy criticism given the country’s downward spiral.