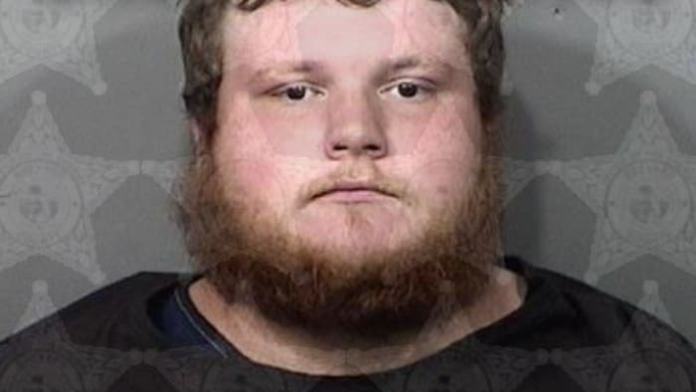 MERRITT ISLAND, Fla. – More than a year after a deadly home invasion, Brevard County deputies have arrested a second man who they believe took part in the attack.

Investigators said Grafing acted as a lookout during the home invasion on March 3, 2021, that killed Matthew Nicol, 25, and his dog at a home located at 395 E. Hall Road.

Deputies said Grafing followed a rented U-Haul van in a black Cadillac Escalade to the home on the day of the shooting. Investigators said surveillance video showed the Escalade following the van to and from the crime scene.

After the van and the Escalade arrived at the house, five men in law enforcement-style uniforms forced their way inside through a sliding glass door, records show. Deputies said two of the five men opened fire, killing the victim and his dog.

Investigators said another person involved in the home invasion provided a statement that Grafing was acting as a lookout and communicating with the attackers via walkie-talkie.

Deputies said Grafing’s cellphone records show he was in the vicinity of where the U-Haul left prior to the attack and also showed Grafing communicating with one of the other people involved.

Deputies arrested David Emerson Foreman-Taylor, 23, in May 2021 on charges of murder while engaged in a felony offense, animal cruelty and armed burglary of a dwelling.

Investigators said the home invasion was connected to a drug trafficking and dogfighting ring in Brevard County.

Sheriff Wayne Ivey said the investigation began in August 2020 when a dog was found badly injured under a carport on Ormond Avenue in Merritt Island. The animal was believed to be a “bait dog” used in dogfighting to make the animals act more aggressively.

The dog ended up dying from its injuries. From there, deputies began to investigate the dogfighting ring.

According to the sheriff, the drug trafficking ring was moving cocaine and marijuana around the state.

Ivey said the people who targeted Nicol’s home were after drugs and money.