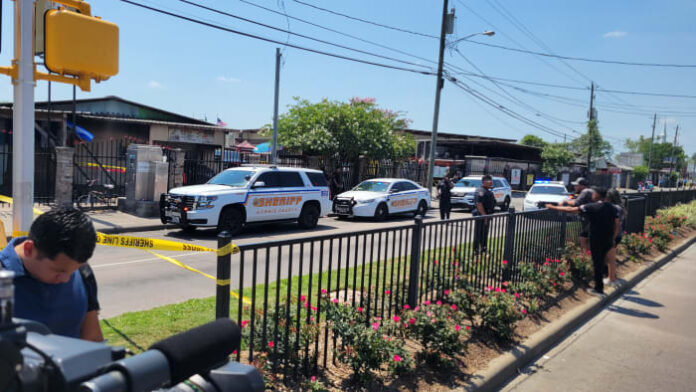 HARRIS COUNTY, Texas – Two people died and several were others injured in a shootout near a Texas flea market Sunday afternoon, according to News4JAX partner station KPRC.

According to officials with the Harris County Sheriff’s Office, thousands of people were at a flea market in the 8700 block of Airline Drive near West Gulf Bank Road around 1 p.m. when two groups of people began shooting at each other.

Two people were pronounced dead at the scene, while three others were transported to various hospitals. Their conditions were not known.

The victims were all part of the altercation and no innocent bystanders were harmed, deputies said.

Update #1: this shooting may have stemmed from an altercation between two parties that turned violent. For now, we know of 2 persons confirmed deceased on scene, and at least 3 other persons have been transported to hospitals, unk conditions. #HouNews https://t.co/YHLrS9srG3