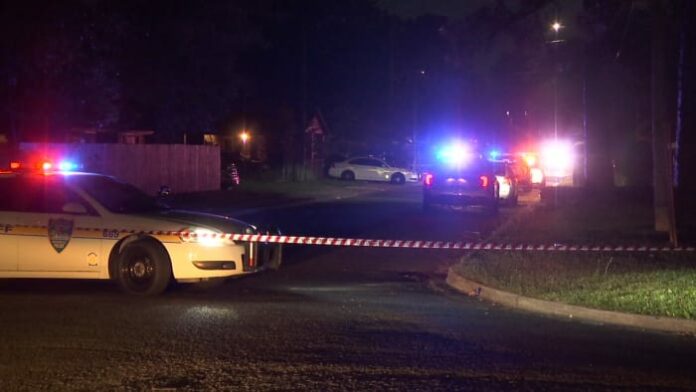 JACKSONVILLE, Fla. – One person is dead after a triple shooting in the Grand Park neighborhood Tuesday night, according to the Jacksonville Sheriff’s Office.

JSO officers were called at 9 p.m. to Gladys Road where they found three men in their 30′s were shot.

Officers say, two of the men were taken to the hospital by the Jacksonville Fire and Rescue Department;  one died on the way there and the second one is in critical condition. The third man was treated on the scene for minor injuries.

Anyone with any information is asked to call the Jacksonville Sheriff’s Office or call Crime Stoppers at 1-866-845-TIPS.