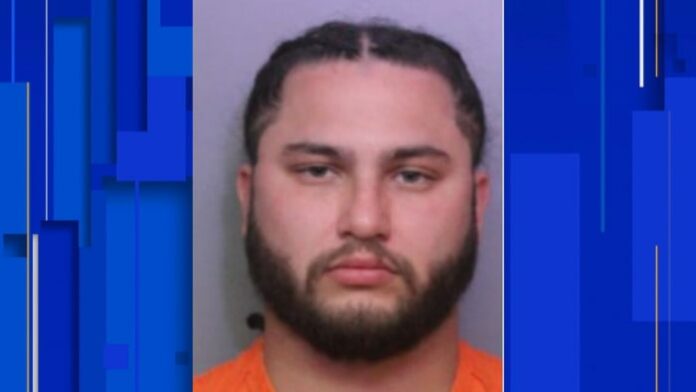 POLK COUNTY, Fla. – One man was killed and another injured in a shooting at a bar near Haines City, according to the Polk County Sheriff’s Office.

The sheriff’s office said the shooting happened Sunday during an argument in the parking lot of Shady Cove Bar & Grill.

Deputies said Joshua Badillo, 31, began arguing with a motorcycle group when he was asked to leave. Badillo was walking toward his truck in the parking lot during the argument when he turned around and shot a 32-year-old Lakeland man, the sheriff’s office said.

A 54-year-old Plant City man ran outside and shot at Badillo, who retreated to his truck. Deputies said the two continued to shoot at each other as Badillo drove away.

Badillo was captured and taken to the hospital for his injuries, and documents said he is also in stable condition.

“From everything we’re seeing, the suspect instigated everything, pestering the group repeatedly. He shot one man, then got into a gunfight with another…all, basically over nothing,” Sheriff Grady Judd said in a press briefing. “It’s absolutely senseless.”