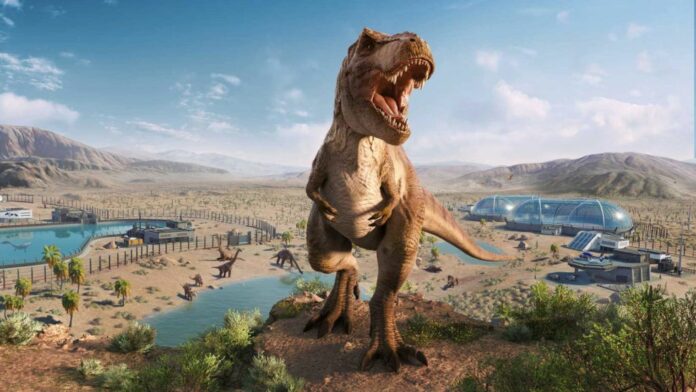 Microsoft has revealed the latest bunch of Xbox Game Pass titles that will be hitting the subscription platform, and there’s plenty to get excited about.

Leading the new Xbox Game Pass pack is Jurassic World Evolution 2. A 2021 Jurassic Park-themed management sim from Elite: Dangerous studio Frontier Developments, it has you construct your own prehistoric amusement park while dealing with all the carnivorous problems that entail.

As Microsoft announced, it’ll be accompanied by Sniper Elite 5, the next entry in the tactical third-person shooter series. In our preview of the game, we reckoned it’s cribbed its most exciting features from Dark Souls, but WW2 nuts will still enjoy blasting their opponents’ brains out in cinematic slow motion. It’ll be hitting Game Pass on launch day, so you can jump into it as soon as it’s available in retail stores.

On top of that, the classic PS3 and Xbox 360-era sports game Skate is also being added, but only through cloud streaming as part of EA Play. That means only Xbox Game Pass Ultimate subscribers will be able to show off their kick-flipping skills.

Here’s all the new games that are available on Xbox Game Pass right now:

And here are all the games that have just been announced for the service, but will release later in May:

It was only a short while ago that Xbox Game Pass added a feast of tantalizing new indies to chew through. The much-anticipated text-heavy narrative RPG Citizen Sleeper was added to the service earlier this month, alongside stylish samurai fighter Trek to Yomi, and modular roguelike Loot River.

It’s not all roses, though. Several games will be removed from the platform at the end of the month, including: