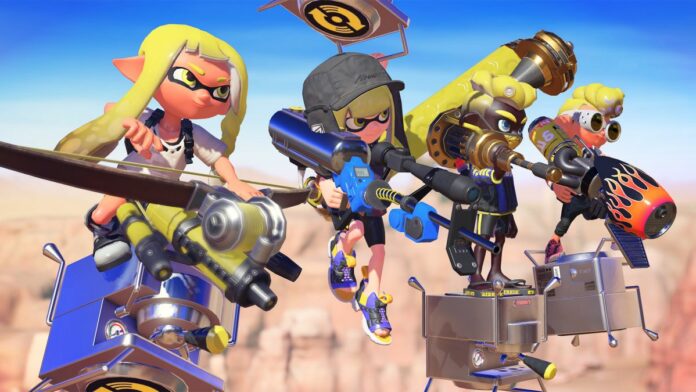 Nintendo has filed a patent for a new anti-cheat program that may be used to combat nefarious players in the upcoming Splatoon 3 and other online multiplayer games on the Nintendo Switch console.

The patent, discovered by OpAttack, is referred to as an “attestation program.” In short, the program will detect any unintended modifications to Nintendo Switch game software and code. Examples of such changes include preventing the player from taking damage and artificially boosting movement speed, or weapon accuracy, far beyond the limits of what’s intended in any given title.

That’s really not any different from existing DRM (digital rights management) or anti-cheat software, but this would mark the first time Nintendo has developed its own bespoke system.

Now would perhaps be the aptest time for Nintendo to implement its own anti-cheat system, too. Splatoon 3, launching this September, is likely to be a huge commercial hit following the success of the past two games in the series. Splatoon as a series also has a significant competitive scene that would otherwise be ripe for cheating players to spoil.

All’s fair in love and multiplayer

Splatoon 3, of course, isn’t the only game that could benefit from a bespoke anti-cheat system for the Nintendo Switch. Nintendo has made a big push in its online multiplayer presence since its latest console launched.

Games like Mario Kart 8 Deluxe and Super Smash Bros. Ultimate, to this day, have thriving online multiplayer communities. Not to mention the recently released Nintendo Switch Sports, which heavily encourages players to play online with other players at all times.

That’s not to say a dedicated Nintendo Switch anti-cheat system would be universally effective. On the contrary, DRM and anti-cheat software are often criticized as much as they’re praised. That’s because anti-cheat software is running as its own program alongside whichever game is being played.

While rare, this can lead to performance drops during heated online multiplayer matches. And in an environment where split-second decision-making is key, any kind of unexpected frame rate hitch can seriously affect the outcome of a game.

If this proves to be an issue for Nintendo Switch Online, which already doesn’t have the best reputation when it comes to online performance or connection quality, then there’s a very real possibility of online games running worse than intended.

We’d still rather have some form of anti-cheat measures in place than none, so we’re at least somewhat optimistic that Nintendo is looking into ways to curb cheaters so as to not spoil the fun when games like Splatoon 3 or Mario Strikers Battle League launch later this year.

We just hope that the Kyoto-based publisher can develop a more elegant solution than what’s typically available. Nintendo’s online infrastructure already feels like it’s built on a house of cards. It can’t afford to make it any worse.