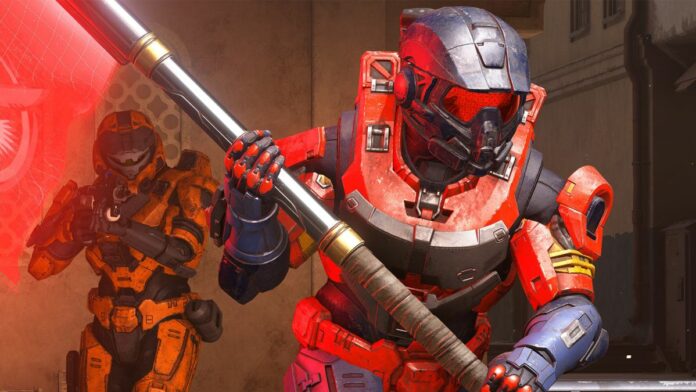 Halo Infinite developer 343 Industries will be rolling out a handful of major fixes for the shooter in its next update, and reverse several poorly received changes that were made to skill jumps following the release of Season 2.

Skill jumps are essentially movement exploits that allow players to navigate Halo Infinite‘s multiplayer maps faster and reach areas they ordinarily couldn’t. Although unintended features of the game’s design, they’ve become staple mechanics of the multiplayer shooter’s competitive community, and many fans were upset when the most popular jumps were removed in Season 2.

Writing in a blog post on Halo Waypoint, community manager John Junyszek said the team had received “overwhelmingly strong feedback from players” about the jumps and felt the team had “made a mistake” in removing them. In response to the blowback, four jumps will be reintroduced: the key door and house panel jump from Live Fire, the double door jump in Bazaar, the pizza jump in Streets, and the P side edges on Aquarius.

Junyszek said the jumps on Live Fire, Bazaar, and Streets are a “1-to-1 roll-back”, although the jump on Aquarius will be adjusted to be more predictable by clearly indicating its collision paths. That’s a big move by 343; not only is the studio reverting a gameplay change off the back of fan feedback, but it’s deliberately altering an unintended glitch to make it more easily accessible and balanced.

“We do our best to analyze the trade-offs of different strategies, the movement of players through the levels and the cost or ‘friction’ of traversal in different combat scenarios,” Junyszek said. “In conjunction, we strive to create environments that offer a fine-tuned risk and reward experience and clearly communicate the movement opportunities in the combat space.

“Players have made it clear that our analysis of these jumps was off target, and we value the feedback.”

Junyszek goes on to say that the Halo Infinite development team will continue tweaking skill jumps. It wants to embrace the exploits rather than remove them altogether, thereby letting the community continue to enjoy them but preventing the glitches from throwing the game off balance.

The blog post also says the development team has identified the root cause of Halo Infinite’s weapon jamming glitch. The bug prevents players from firing their guns – as if the weapons were physically jammed – and should be fixed in the next update.

The upcoming patch will also reintroduce the Tank Gun to the game’s campaign after much fan outcry. The powerful weapon is particularly popular among speedrunners who use its unlimited ammo and massive damage to breeze through the game’s enemies.

The next update will introduce a bunch of other, minor fixes, too, including stability improvements for PC, fixes for a bug that has stopped players from capturing zones in King of the Hill, and tweaks to vehicle spawn rates. The new Last Spartan Standing game mode – which is akin to a mini Battle Royale – is also getting tweaked, with equipment pods now featuring all equipment rather than just power gear.

As for when the upcoming update will actually roll out, Junyszek says we can expect more details on its release in the next few days.