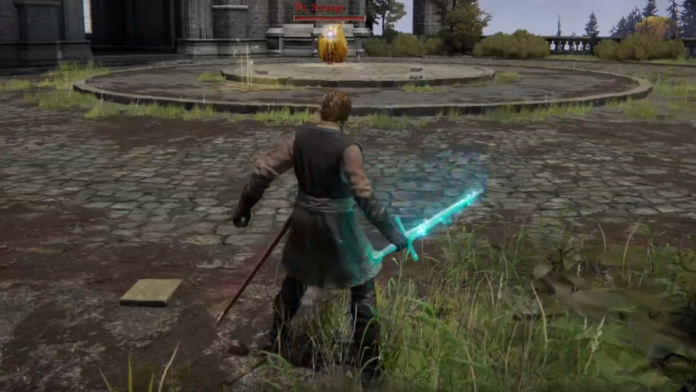 Two Elden Ring players have answered the age-old question that has plagued popular culture for decades: who would win in a fight between Marvel’s Doctor Strange and Star Wars’s Obi-Wan Kenobi?

This clash of Disney intellectual property was brought to a head in a video shared on the Elden Ring subreddit, in which user Dramatic_Ad_7938 duked it out with another Tarnished in a PvP duel. One character was built to ape the lightsaber-wielding powers of Obi-Wan Kenobi, and the other styled as a riff on Marvel’s resident spellcasting sorcerer-superhero.

Both characters have been created to look like their respective namesakes, and built to mimic their abilities. Much like in the comics and films, the Doctor Strange character uses a bunch of hand gestures to conjure magical projectiles to throw through the air, while Obi-Wan jumps around the place and fights with a glowing blue sword.

As for who comes out on top, the answer isn’t as simple as you might think. Watch the video below to see the resolution, although we reckon a re-match is probably in order.

Building the characters yourself shouldn’t be too difficult. The Doctor Strange player is using a slate of incantations and sorceries, including Lightning Spear, Whirl O’ Flame!, and Discus of Light. Obi-Wan, meanwhile, is using the Stone of Gurranq incantation to hurl huge rocks across the arena, as if they were wielding the force, and has imbued their sword with a blue glow using the Scholar’s Armament spell.

As for the costumes, the Doctor Strange player looks like they’re decked out in the Sage Robe, Rotten Gravekeeper’s Cloak, and has an amulet hanging from their neck. The Obi-Wan character, however, is wearing the Preceptor’s Long Gown as a makeshift utilitarian battle robe.

Elden Ring players have been bringing pop culture characters into the game since it launched. One player discovered how to turn their Tarnished into Darth Sidious using a specific arrangement of incantations and armor sets, making for a pretty impressive makeshift Sith.

Others have been a little more contemporary in their creations, building characters that look like Will Smith and slapping their opponents across the face. Elden Ring is nothing if not experimental.