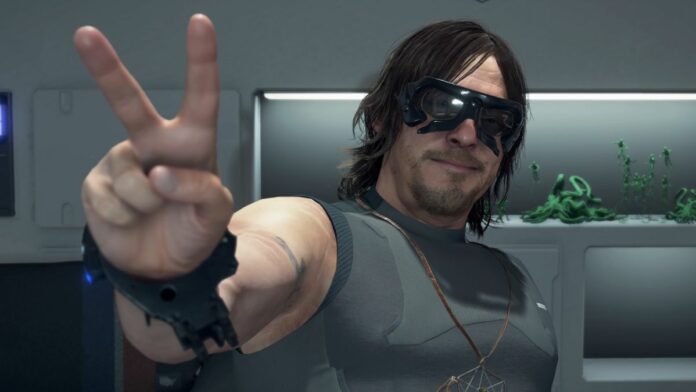 Actor Norman Reedus has seemingly let slip that Death Stranding 2 is on the way in a recent interview.

The Walking Dead actor spoke with Leo Edit (via Nibel) in an interview centered around the end of the popular TV show. During the interview, the conversation steered towards his work in Hideo Kojima’s Death Stranding, to which he lent his voice and likeness to protagonist Sam Porter Bridges. When asked about the game, he said plainly: “We just started the second one.”

It’s not clear if this is information that Reedus was supposed to confirm, but considering the project hasn’t been announced yet, it seems like he might have revealed something that he shouldn’t have.

He continued by talking about the process of making the first game, saying: “It took me maybe two or three years to finish all the MoCap sessions and everything. It takes a lot of work. And then the game came out, and it just won all these awards, and it was a huge thing, so we just started part two of that.”

That said, this is exciting news and might just confirm what Kojima Productions is working on next. This might’ve been something we heard about during upcoming events like the Summer Games Fest Live which is taking place on June 9, but it seems Reedus could have beat them to the punch.

What does “started” mean?

Now, the game is of course not announced yet, and how actively the game is being worked on is not clear. There is a lot of leeway in the phrase ‘started the next one.’ That could mean anything from Norman Reedus getting into the booth and recording lines from a finished script, or it could be uncertain conversations about doing another game at some point in the future.

However, whatever the case, it’s clear there is at least a conversation happening with Reedus about returning as Sam and continuing the franchise. While it’s not everyone’s cup of tea, the first game’s stylistic storytelling and focus on large-scale traversal made it a very unique title.

Seeing what Kojima could do with a sequel with a potentially bigger budget is a very interesting prospect, especially for fans of his work.