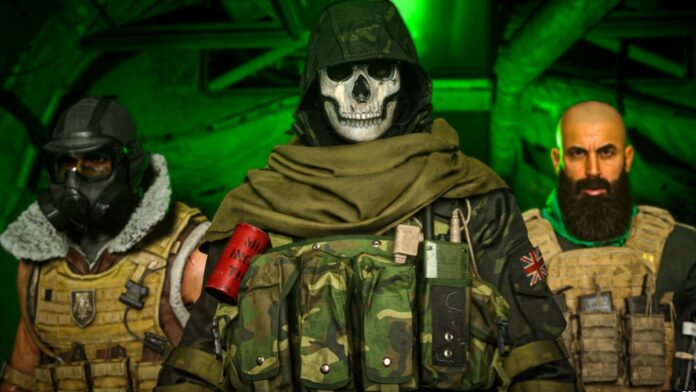 It looks like the map for Call of Duty: Warzone 2, or at least a version of it, might have leaked.

The leak comes by way of known industry insider and journalist, Tom Henderson, who has shared a drawing of the map on Try Hard Guides (opens in new tab), highlighting its main features and some points of interest.

As Henderson points out, the Warzone 2 map shown has plenty of water and that, he claims, is because Warzone 2 will introduce a swimming mechanic. Though swimming has been a mechanic in previous Call of Duty titles, this would be the first time we’d see it in the Warzone games. It’s just as well, really, given all the leaks recently.

Henderson’s map reveal follows a minimap drawing reveal from TheMW2Ghost on Twitter (opens in new tab) earlier this month and he highlights just where on his map that the minimap fits. In terms of the overall map size, Henderson points out that “a basic map drawing does not give justice to the scale of the map, but from my impressions it does seem bigger than that of Verdansk and Caldera, especially considering if the grid reference is accurate.”

In the report, Henderson also makes reference to another use for the map: the long-rumored-but-not-actually-officially-confirmed DMZ mode in Modern Warfare 2. According to the report, “It’s believed that both Warzone 2 and the DMZ will share the same map in some capacity”, with Henderson’s own sources suggesting “that the DMZ will indeed share the same map, with one source saying ‘why make more maps for two different modes when you can just build it in one’.”

The map won’t, he suggests, be playable all at once in DMZ, instead offering “portions” of the map to be playable as “sub-levels”.

Though we now have a release date of October 28 for Call of Duty: Modern Warfare 2, we’re still waiting on one for Warzone 2. Just last month, however, Activision revealed in a financial report that the game is being “built from the ground-up alongside the premium game” and that it “features groundbreaking innovations to be revealed later this year” so it might be that we don’t have to wait too long to find out more official details.

Analysis: Not the first leak

As leaks go, a map is a pretty significant one. As Henderson himself points out, however, things are in active development and are therefore “subject to change”.

That said, there’s been no shortage of leaks around the upcoming Modern Warfare 2 and Warzone 2. Not too long ago we saw a Warzone 2 leak (opens in new tab) which suggested the aim is to make the game “more like Blackout”, with satchels being required to equip armor and mentions of a new inventory system.

Henderson addresses this leak in this latest report to say that developer Infinity Ward is “already reviewing the bag system” after it was heavily scrutinised in playtests and by the community after the leaks.

Even after the official reveal of Modern Warfare 2’s release date earlier this week, a leak sprung around the game’s editions and beta (via CharlieIntel (opens in new tab)), with dataminers finding files in Call of Duty: Vanguard that they suggest point to plans for three editions and a potentially PlayStation-first open beta.

Activision and Infinity Ward are keeping fairly quiet around the leaks and in the steady drip of information it can be hard to get a grasp on what might be accurate and what’s highly unlikely. As it is, it’s worth taking everything with a sizeable pinch of salt as the best way to know for sure what to expect from Warzone 2 and Modern Warfare 2 is to wait for official announcements.