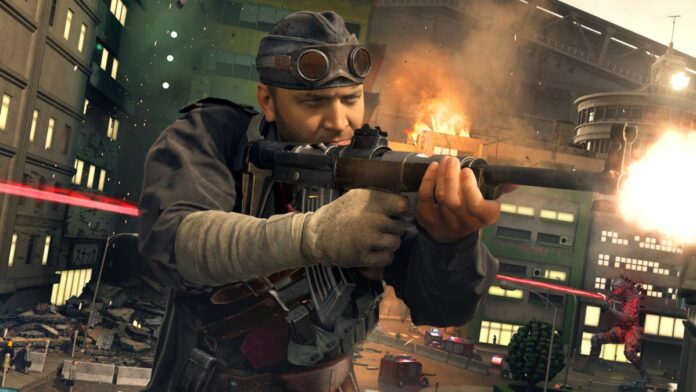 Call of Duty: Vanguard’s multiplayer has gone free-to-play for a limited time as part of a new promotional event.

The one-week free access period is running now, and lets you access all of Call of Duty: Vanguard’s multiplayer content until 9am PT / 12pm ET / 5pm BST on May 24 – or 2am AET, May 25.

Unlike previous free access periods, this event includes all of the game’s multiplayer content. According to an Activision blog post, every map and game mode is available to play, including a few series classics like Dome, Castle, Radar, and Shipment.

It also hands you access to Call of Duty: Vanguard’s third season of content, which only dropped last month. Like Call of Duty: Warzone’s newest season, it’s heavily based around King Kong and Godzilla, and includes new map Mayhem that lets you duke it out in a replica 1950s monster movie set.

Call of Duty: Vanguard’s last free access period from back in April made only a slim portion of the game’s multiplayer free to play. That Activision is now opening the doors to all the game’s multiplayer content for a week could be a sign that it’s doubling down on free promo events. We wouldn’t be surprised if even more free weeks and weekends will appear in the coming months.

Activision likely sees them as an effective way of clawing back series fans that departed during the game’s launch. Despite being the best-selling game of 2021, Call of Duty: Vanguard’s sales were down 36.1% compared to Call of Duty: Black Ops Cold War, the series’ previous release, leaving the series in a precarious position.

Activision has since gone on to say the game “didn’t meet [its] expectations” and blamed its disappointing sales figures on its World War 2 setting.

“The game’s World War 2 setting didn’t resonate with some of our community,” the publisher said in its latest annual earnings report, “and we didn’t deliver as much innovation in the premium game as we would have liked.”

That commercial underperformance has reportedly encouraged Activision to halt the series’ yearly release cycle, as it gears up to skip a 2023 launch and push Treyarch’s next game in the series to 2024. If that proves to be true, 2023 will be the first year in two decades that a new Call of Duty doesn’t release.