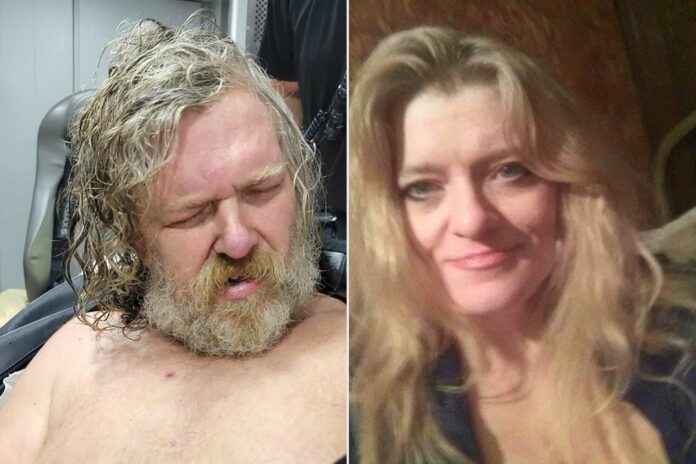 A West Virginia man died just days after being arrested in connection with a brutal attack on his sister that left her in a coma for two years.

Daniel J. Palmer III, 55, previously stood accused of attempted murder and malicious wounding over an attack in June 2020 that left his sister, 51-year-old Wanda Palmer, “attacked, hacked, and left for dead,” according to the Jackson County Sheriff’s Office.

Thought to have been bludgeoned with a machete or an axe, authorities doubted whether the victim would ever recover.

Jackson County Sheriff Ross Mellinger recently told West Virginia Metro News that earlier this month, his detectives received a call from a long term care center in New Martinsville, W. Va. Wanda Palmer still had severe brain damage, he said, but could now communicate and identify the man she said was responsible for her horrific injuries.

“We had a little bit of an idea what happened, but the problem was with the nuts and bolts of the case we had nothing to go on,” the sheriff told the radio station. “There was no eye witnesses, nobody lived in the home, no surveillance footage, no cell phone records. There was virtually nothing there to move forward on.”

Wanda Palmer was able to give single-word answers to sheriff’s deputies who eventually made it to the health care facility.

“She made mention of her head (the area of her body where she was injured),” a criminal complaint obtained by NBC News noted. “When asked who had wounded her she [stated] her brother. She then identified her brother as Daniel. When asked why Daniel assaulted her, Wanda stated that he was mean.”

“He didn’t give us any fight or anything,” Mellinger said of the suspect. “There was a little bit of surprise, but not entirely.”

The since-deceased defendant reportedly refused to sign any paperwork and therefore did not obtain an attorney, CNN reported.

On Wednesday, July 20, he was taken to the Charleston Hospital for undisclosed health reasons. The next day, Daniel Palmer was dead.

“It was an avalanche of recurring health issues,” the local sheriff told People magazine. “He generally was not a healthy man to begin with and once he got to jail his health continued to spiral downhill.”

According to Charleston, W. Va.-based ABC/Fox affiliate WCHS, Daniel Palmer was “so combative” that his arraignment was done inside the sheriff’s own office. Footage showed him being dragged into a police vehicle by two members of law enforcement.

In sum, Daniel Palmer was in custody for exactly seven days.

“He was certainly a person of interest early on, but we just didn’t have anything to move forward,” Mellinger told People. “We had legitimately nothing to go on other than a person who drove by at midnight on their way home from shift work sees him standing on the porch.”

One witness also allegedly placed the now-deceased brother of the victim on her porch the night she was found close to death.

Still, the investigation stalled out.

“From an investigator’s standpoint it is unfortunate we don’t get the chance to see the case through,” the sheriff continued in comments to the magazine. “We turn the focus towards the victim in the case and hope she continues to get better. She has a long road ahead of her.”