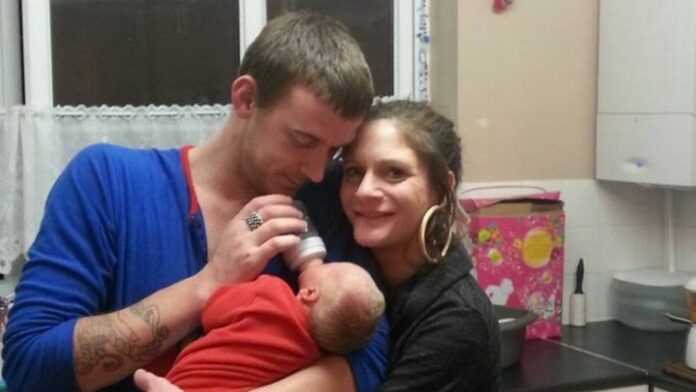 A serious case review into the death of a five-month-old baby has found his neglect was not properly addressed by professionals.

Eli Cox suffered 28 fractures and died of a “catastrophic brain injury” in April 2016.

His mother Katherine Cox, 33, and her boyfriend Danny Shepherd, 25, were found guilty of causing his death.

Kent’s safeguarding children board found incidents and concerns were not “fully explored and challenged”.

Eli was known to social services at Kent County Council at the time of his death, and the family had occasional dealings with other agencies, including the NHS and police.

The report states that while professionals were aware of safety issues they were “never really addressed”.

Eli and his parents were at times “unkempt, dirty, inappropriately or poorly dressed and smelly”, and that incidents were “not viewed as part of an ongoing pattern of behaviour”, the report added.

On occasion signs of improvement in Eli’s care were noted, however, the report found there was “evidence of workers being overly optimistic”.

The report said there is “no evidence” professionals could have foreseen the extent of the violence inflicted on Eli.

But it added that if aspects of his home life were correctly explored agencies would have seen “potential implications” in how he was being raised.

The board has put forward 10 recommendations, which is said had been accepted and implemented by the agencies.

They include more assessment into parental handling of babies, better support for frontline staff in engaging with challenging parents, and a closer watch on children missing medical appointments.

Gill Rigg, independent chair of the board, said: “The report has recommended a number of multi-agency actions to be overseen by the KSCB to make sure that action is taken, as needed.

“This is crucial as part of helping improve the safety and wellbeing of Kent children. These have already been implemented and lessons learned.”

A spokesman for Kent County Council said: “The death of any child is an appalling tragedy.

“The review process has identified a number of areas in our own practice we can improve, and we have worked very hard to provide better support and challenge to families such as these.”

In November 2017 Shepherd was sentenced to 13-and-a-half years in prison, and Cox was jailed for eight years.